A selfless lane-swap took only a number of months to bring Perkz international success and greatly cemented his claim as the best player to ever come from the West.

This is our time.

In a bluntly titled November announcement, G2 confirmed ongoing rumours of Luka ‘Perkz’ Perković’s role-swap to ADC. This opened the door for Fnatic’s star mid-laner Caps, who many expected to be their franchise player for years to come, to fill in the gap and create one of the most exciting, unexpected rosters in League of Legends history.

A 9-0 start to the inaugural LEC split, a brutal 3-0 victory over Origen in the playoff final and an even more staggering, record fast victory on an international stage over Team Liquid to win 2019’s Mid-Season Invitational; Europe’s first international trophy since the first World Championship in 2011.

Before his swap to botlane, Perkz had already staked his claim as one of the best Western mids. He won the EU LCS with multiples rosters and had more impressive international finishes than most, including an MSI final in 2017 and Worlds semi-final in 2018 (albeit at the end of a less than perfect season).

His move to bot lane was more than just bringing G2 back to dominance after failing to win an EU LCS trophy in 2018. This was a chance for Perkz to exhibit his proficiency in a new role, something rarely seen at such a level that the Croatian had been playing over the last few years and a feat that forces his name to be included any conversation on the West’s best player should it prove to be a success. 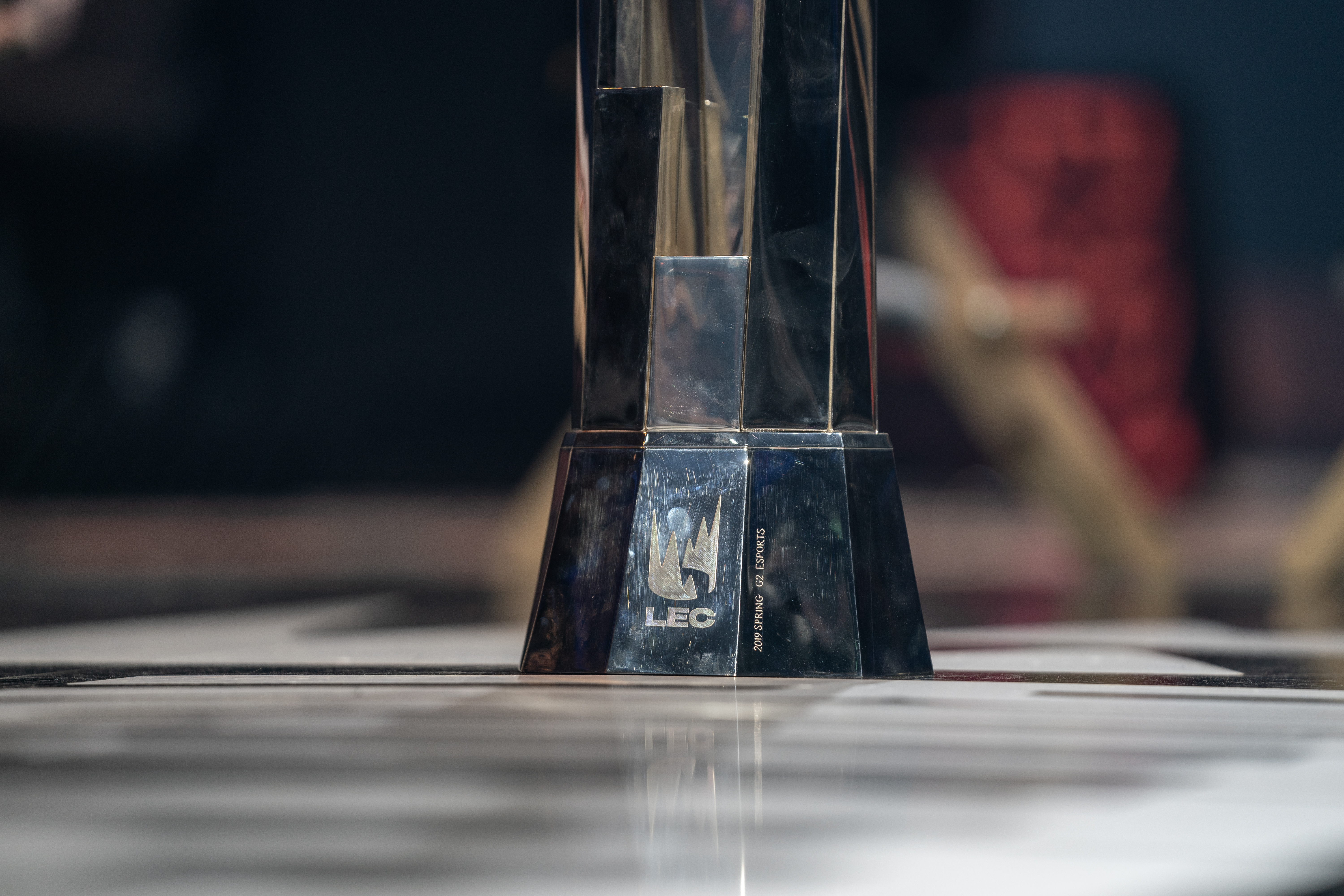 So far the risk has paid off greater than anyone could’ve imagined. The dynamic of having an ex-mid-laner in bot makes G2 one of the hardest teams to draft against, with flex picks being a luxury that they are able to take advantage of in almost every match. Take their game against Schalke 04 in week 6 of LEC Spring. A first pick Jayce would be intimidating enough with the fact that this could be going to either Wunder or Caps, two of the best in their respective roles in the region. This pick went to Perkz.

More than just a flex-pick threat, Perkz has shown a skill level on marksman champions that already establishes him as one of the region’s best ADCs. With Mikyx proving to be the perfect partner (someone that not only matches the 20-year-old’s aggression in lane but also his mechanical prowess) and some previous experience on marksmen during 2018’s funnel meta, Perkz could not have found a more perfect environment to make such a shift in role.

Some may consider this some way down to luck, however with Perkz known to provide a helping hand in putting together G2 rosters it would be hard to imagine that he didn’t know exactly what he was doing in creating this environment for himself. 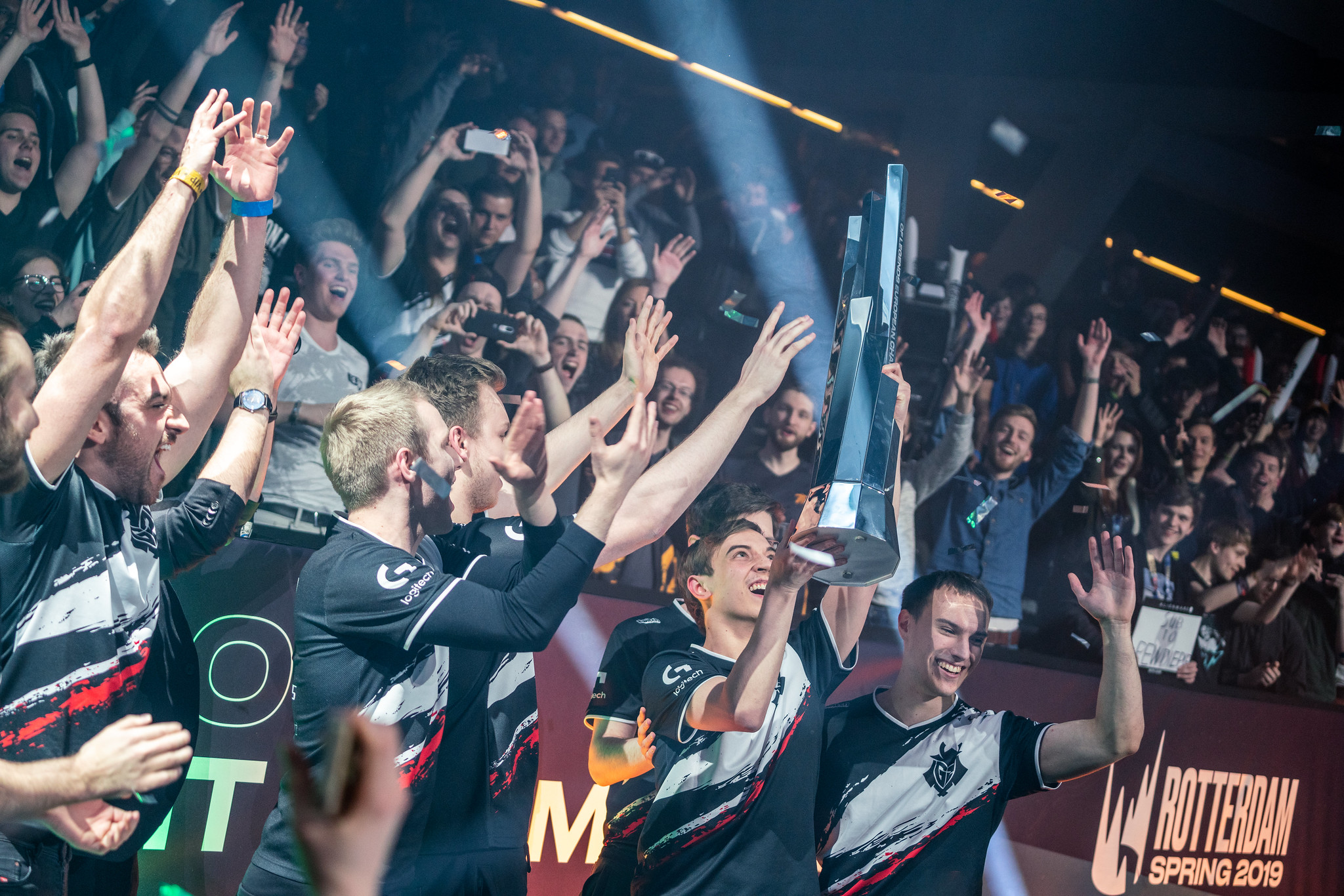 Given Perkz’s consistent success during his time with G2 so far, one key question still remains when discussing his claim as the West’s best; who has been better? 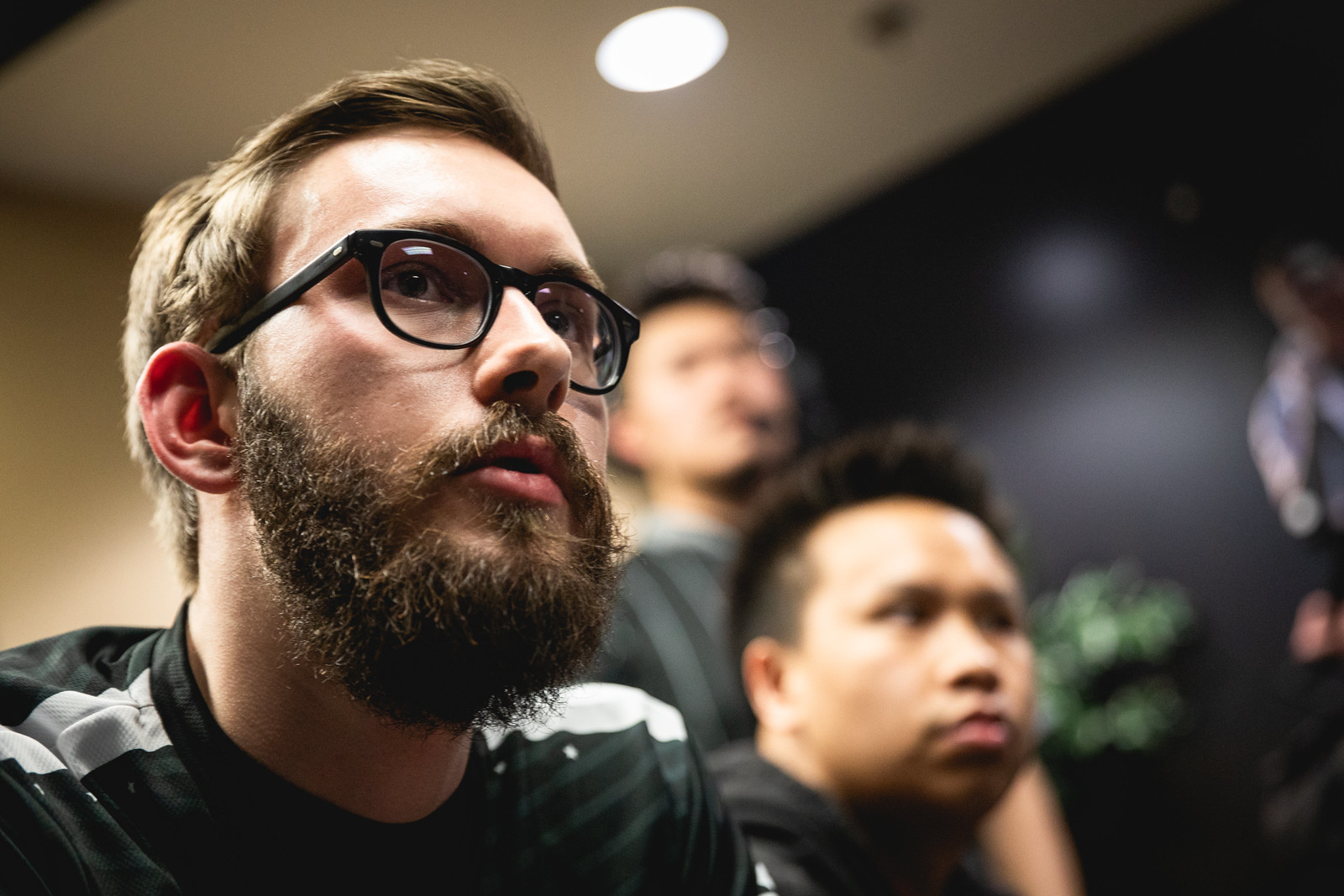 Picked up by Copenhagen Wolves at 16, Søren ‘Bjergsen’ Bjerg was not yet old enough to compete in the EU LCS but was already touted as one of the best players. Once the Dane came of age, he took his LCS shot with both hands and proved that the hype was worth it.

His move across the pond to join a fan-favourite Team SolodMid (replacing fan-favourite Regi) would prove to be a career-defining decision. He’s gone on to be the second-most decorated player in North America so far, winning 5 LCS titles with TSM and reaching the playoff final in 9/11 splits.

The one thing lacking in Bjergsen’s career is a standout international finish. Despite attending a number of MSI and Worlds tournaments, his TSM sides have never earned more than a quarter-final finish (Worlds 2014) and have failed to make it past the group stage more often than not. 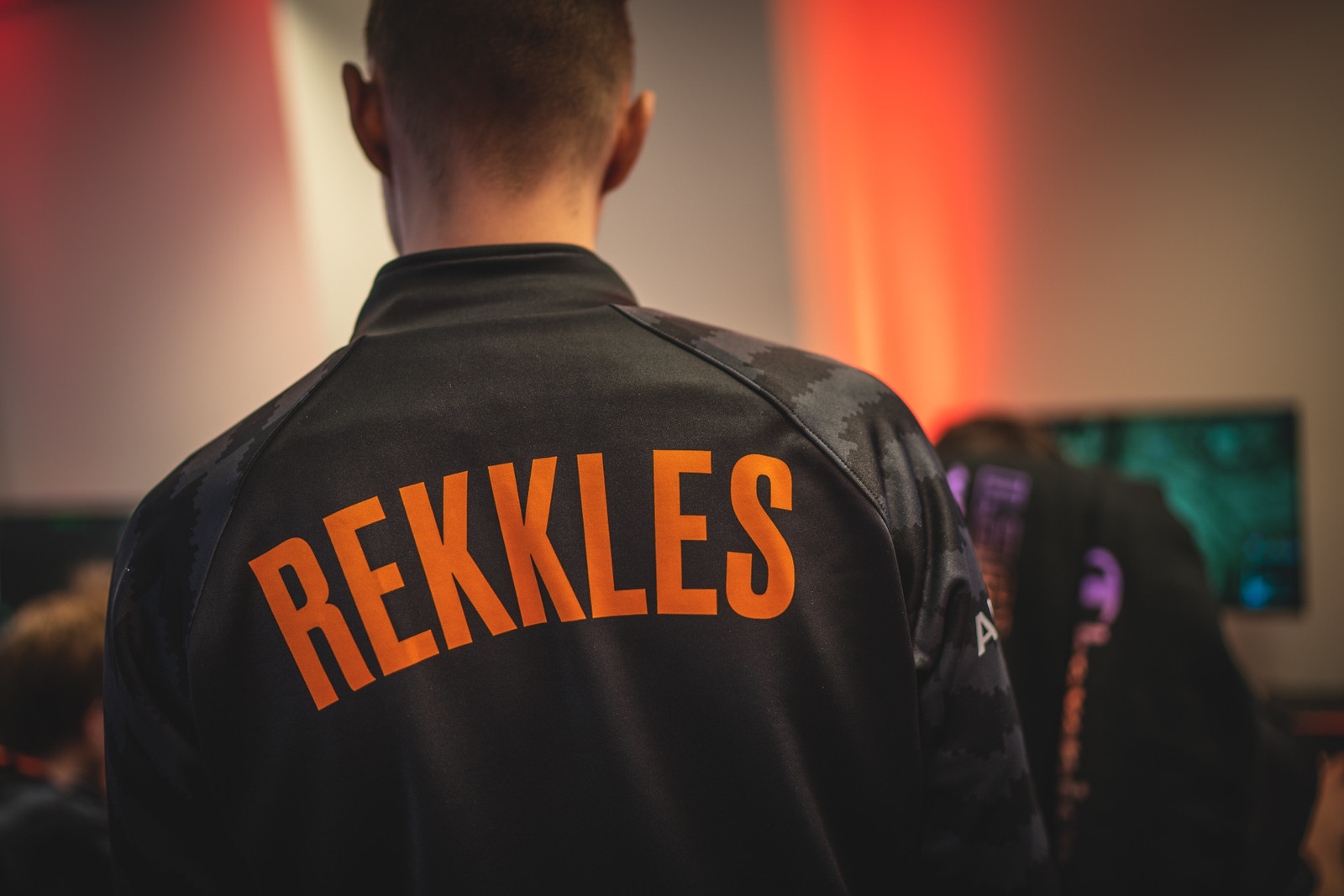 Another player touted at an early age, Martin “Rekkles” Larsson joined European giants Fnatic as their future ADC, and, like Bjergsen, had to wait patiently for his chance.

7 years later and Rekkles is now Fnatic’s franchise player. He has led the team to 4 EU LCS titles and came agonizingly close to a World title after reaching the final in 2018, only to be swept by China’s Invictus Gaming.

One area in which Rekkles cannot match Perkz is his ability to play multiple champion styles. While Perkz has now shown his proficiency with both a mid and bot-lane champion pool, Rekkles ultimately struggled with the introduction of non-marksmen champions in the bot-lane during Summer 2018’s meta shift – one that led to Rekkles taking time out of the team. 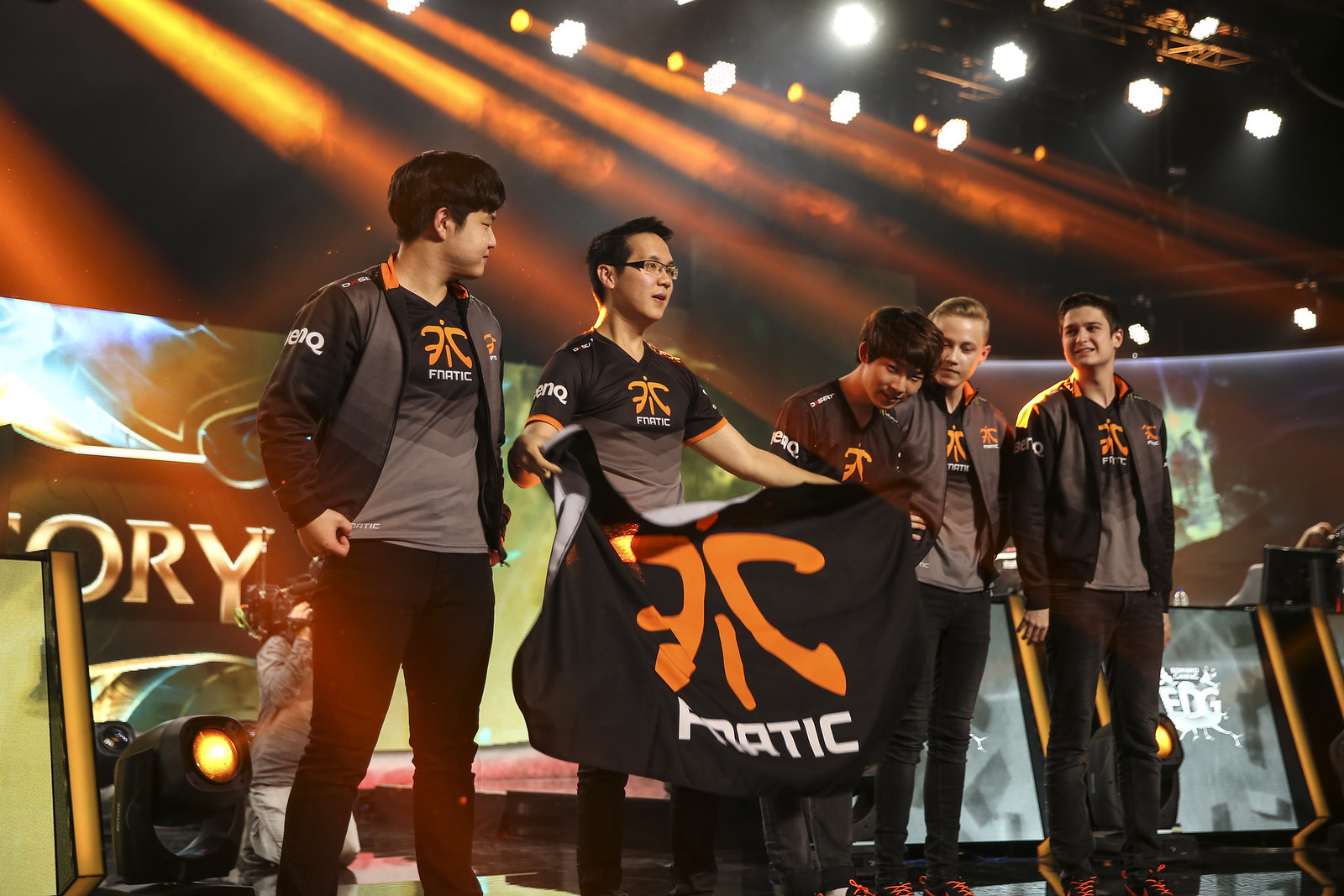 Like Rekkles, Bora ‘YellOwStaR’ Kim made a name for himself playing in a successful Fnatic team over multiple rosters and multiple years. Before his time on Fnatic, however, the Frenchman appeared in the inaugural World Championship final as Against All Authority lost to a now-famous Fnatic roster.

He would go on to be hailed as one of the game’s great shot-callers, leading Fnatic to multiple LCS titles and now transitioning these leadership skills into a coaching role.

The biggest question mark on YellOwStaR’s career came during his only split outside of Europe, joining a TSM superteam in 2016 Spring that, despite making playoff finals, performed at a much lower standard than what was expected on paper. YellOwStaR quickly rejoined Fnatic for Summer and retired at the end of the season. 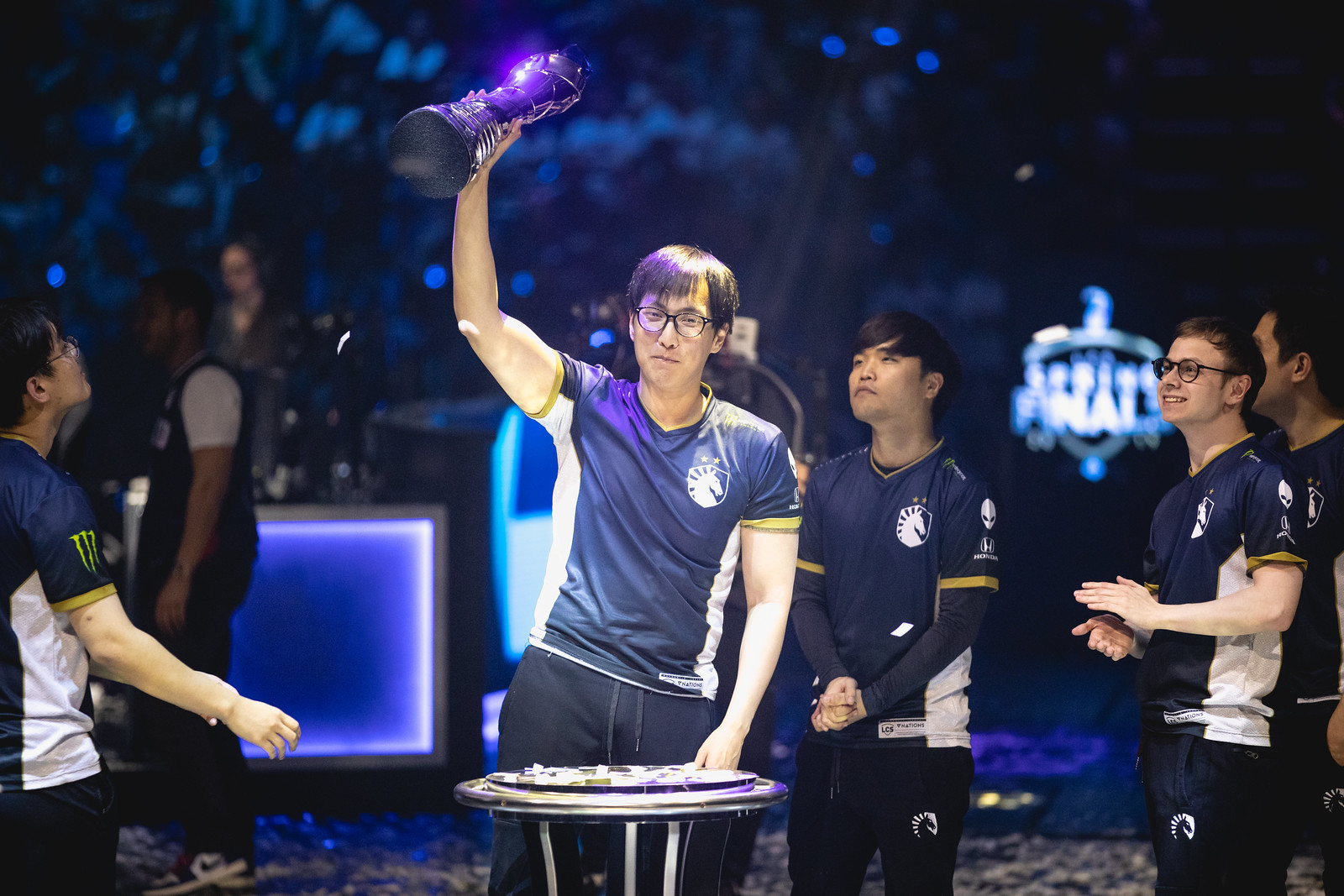 North America’s most decorated plater, Yiliang ‘Doublelift’ Peng is the only player to have won LCS titles with 3 different teams and is arguably the greatest player to have come from the region.

No other player has won as many LCS trophies as Doublelift, with his 4th of 6 titles inspirationally coming just days after a family tragedy.

He is now also one of only a handful of NA players to be part of a successful international performance. Despite 2019 MSI ending in disappointing fashion for Doublelift and Team Liquid, this tournament broke his curse of failing to make it past the group stage and showed that he can show up on the biggest stage. 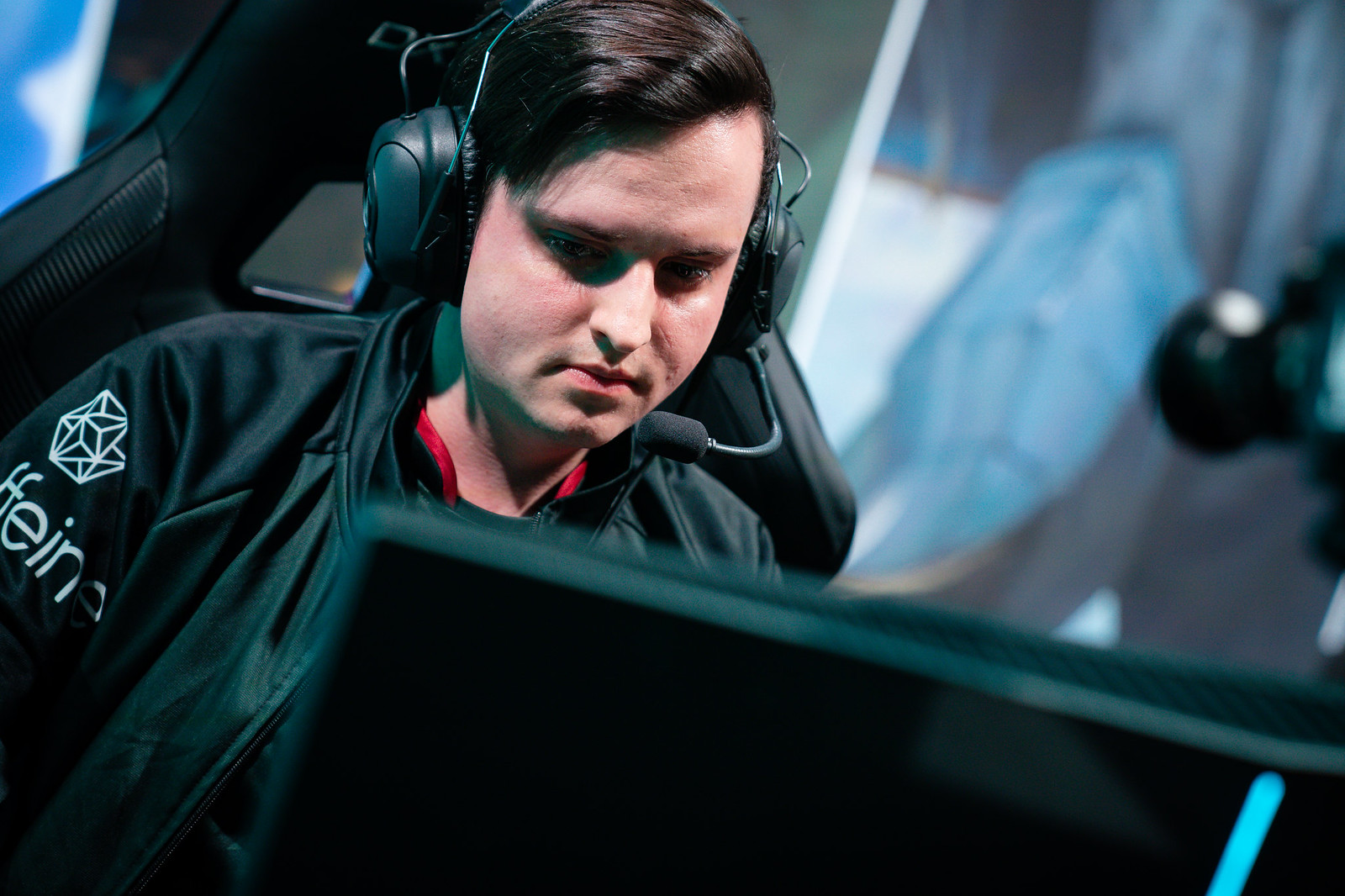 Paul ‘sOAZ’ Boyer, like his fellow Frenchmen YellOwStaR, was part of an Against All Authority that fell to Fnatic in the first World Championship back in 2011. He has since gone on to win EU LCS titles with Fnatic and has arguably had the most successful international presence of a Western player that hasn’t managed a trophy at that level.

7 years after his first Worlds final outing, sOAZ’s Fnatic squad reached his 2nd World Championship final, making him the only Western player to reach this achievement on 2 occasions. He is one of only a handful of players from the first World Championship to still be playing today (Doublelift being another). 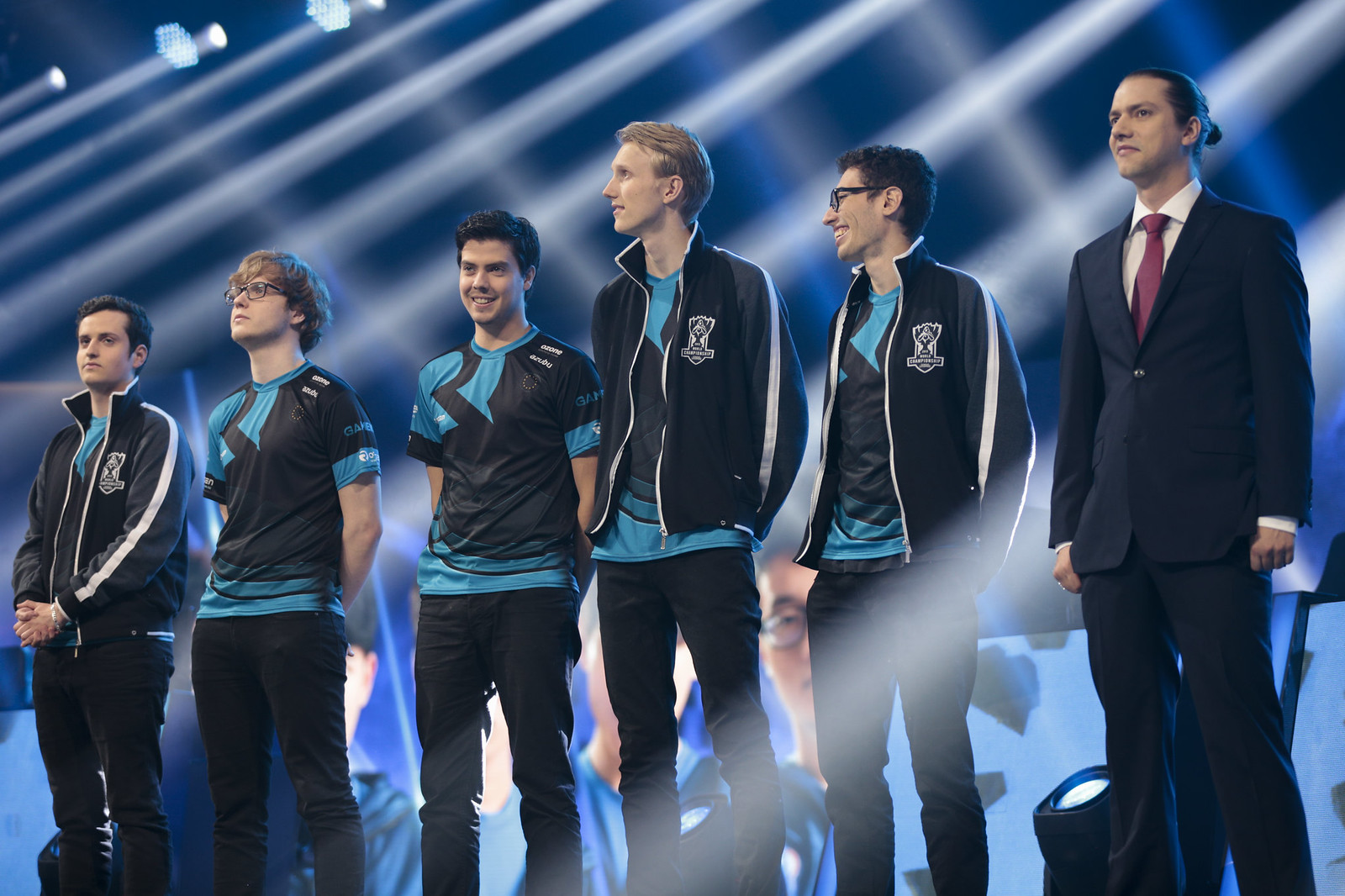 No list of League of Legends hall-of-famers, Western or otherwise, would be complete without Enrique ‘xPeke’ Cedeño Martínez. His name alone has become synonymous with players for his famous ‘xPeke’ backdoor play against SK Gaming in IEM Katowice 2013, a move that even non-Esports fans know by name.

After multiple years with Fnatic where he won 2 EU LCS titles, the Spaniard founded his own team; Origen. A fairytale run saw them qualify for the EU Challenger series in Spring 2015, which they used to gain swift qualification to EU LCS for Summer. A strong Summer split earned them a place in the playoffs where they unfortunately lost in a close 3-2 series with Fnatic, however series wins against Team ROCCAT and Unicorns of Love earned Origen a place in Worlds that year.

The young organization far exceeded expectations, qualifying in a tough group including KT Rolster, LGD Gaming and Team SoloMid and beating Flash Wolves in the quarter-finals. A semi-final against SK Telecom proved a step too far for Origen, and despite a 2nd place finish in the 2016 Spring split things only got worse for the team until they all but disbanded in 2017 (until recent ownership changes have brought the team back to the LEC stage). 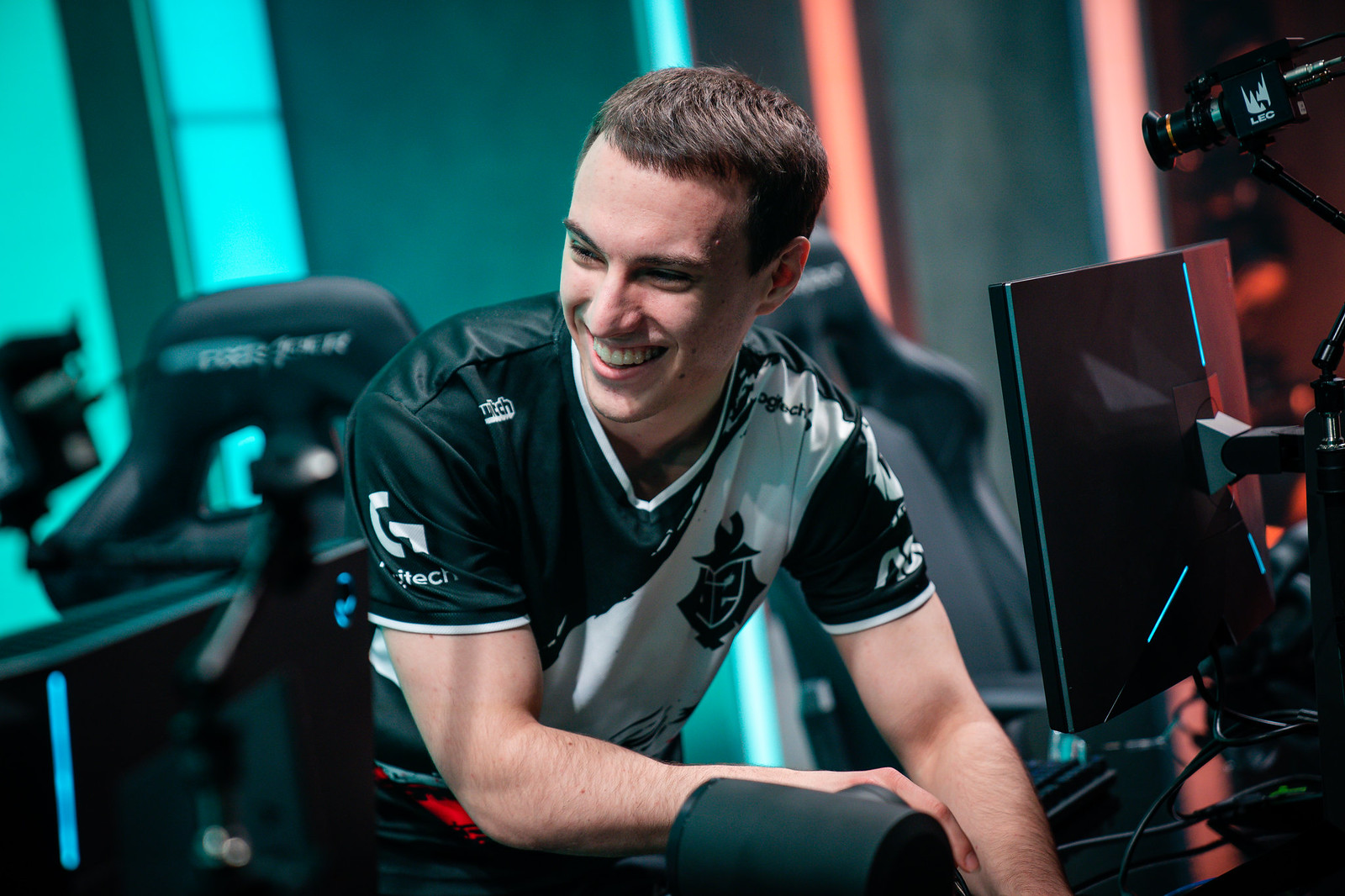 At the very least, Perkz is on par with these types of personalities who have been heralded as the West’s best player in past years. He has not only shown regional dominance but is now part of a minute few to perform internationally and have this lead to a trophy.

Do you think Perkz is the best ever player from the West, or is there another legend that deserves this title? Let us know by tweeting @NineTeeSix.