Since Riot entered the world of Esports with League of Legends back in 2011 they have undoubtedly revolutionised the scene. From a one of a kind league system to $5m in prizes within a single year, Riot have set a precedent in how to run an Esport and became the world’s most popular game along the way. In recent times, however, viewership in some if the game’s major regions has stagnated, leading many to wonder what Riot could be doing differently and whether they could be doing more.

Riot’s first big step in cementing League of Legends as a competitive powerhouse came in the autumn of 2012 when Taipei Assassins took home $1m for winning the Season 2 World Championship. This level of prize money was anything but the norm at this period in time and was a clear statement of intent from Riot.

The next season brought another Esports first, a one of a kind league system that would see teams relocate to the same area and play each other week in, week out. This created a much more stable environment for teams, whose success was no longer reliant on standalone LAN tournaments dotted throughout the year. A dedicated platform to showcase their skills meant that teams and players alike could earn more loyal fans, thus leading to more engaged viewers who were invested in the sport.

The League of Legends Esports scene boomed from here. By Season 4 the World Championship final would make it’s way to the Seoul World Cup Stadium, where more than 40,000 fans were in attendance while another 27 million watched online.

More recently, franchising of the NA LCS has allowed significant investment in teams without the risk of relegation. This should give teams a stable platform where they can gain longer standing fans who are guaranteed to be able to watch them for a number of years.

Things have taken a turn for the worse in Summer 2018, with EU’s average viewers down 38% to 94,535 and NA’s down 36% to 132,329. This can, in part, be attributed to significant changes to the meta which has somewhat shifted the viewer experience.

Particularly at the beginning of split, while teams were still figuring out the strongest team-comps, matches were often played with much more peculiar picks and strategies with funnel comps often seen around this time. For some, these hectic games were enjoyable as they brought something new to competitive League of Legends, but for others this quickly became tedious viewing. Watching games often felt more like spectating a solo queue match than an LCS fixture.

Despite this drop in viewers being likely a result of the meta, it could be argued that Riot can still be doing more to encourage fans to tune in to broadcasts.

One way in which this could be done has been seen by EA Sports with their push to make the FIFA series a popular Esport. Through various tournaments this year, viewers were able to link their twitch and FIFA accounts and earn the chance to win players in the game if they watched the official stream. Such a system could be implemented in League of Legends, perhaps offering champions or skins for watching matches.

Another department in which Riot have room for improvement is allowing fans to support their favourite teams. The only Riot-implemented platforms to support organisations are summoner icons and Worlds skins, with fans’ only other option being to purchase merchandise directly from a team (which can be less than ideal given that teams often have global fanbases).

A game that has brought a fresh approach in this area is Blizzard’s Overwatch in it’s official Overwatch League. Viewers of the Overwatch League twitch channel are able to donate Bits to their favourite teams, with a leaderboard then displayed showing which teams have received the most fan donations. Viewers who contribute can also receive in-game items such as emotes and skins, depending on global benchmarks. 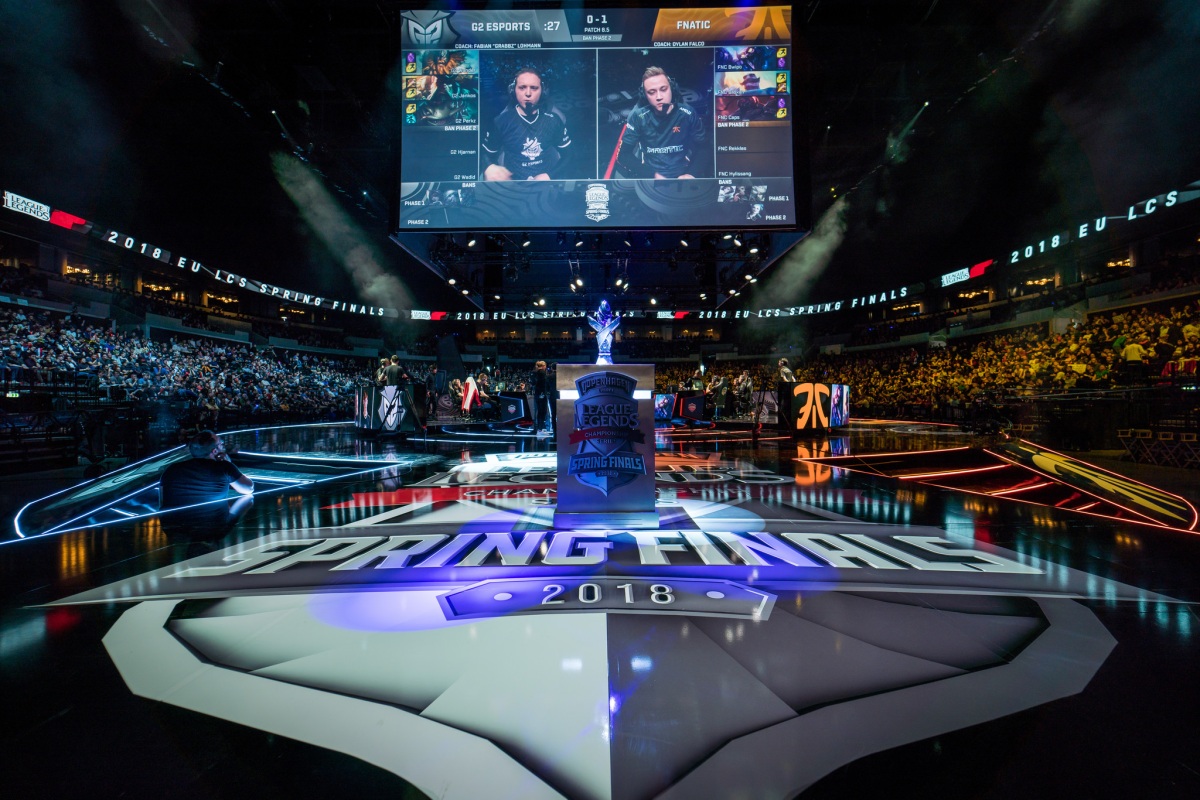 All in all, Riot’s attempts to innovate in the scene have somewhat dwindled in recent years. Their only key addition over the last few seasons has been NA’s franchising system (soon to come to the EU LCS), and even this was born out of community outrage after an infamous Regi interview and an even more infamous response from Riot’s Co-Founder Marc Merrill.

With other games experimenting news ideas within the Esports scene, it will surely only be a matter of time until Riot implements changes in order to better engage with their fans and help them to create loyal connections with their favourite teams. EU LCS’s partnership system, which will come into play next season, will be the ideal chance to trial new concepts and show the world that League of Legends is not in fact dying, but rather just finding it’s footing as Esports enters it’s latest growth spurt.

What do you think Riot could be doing better to help viewership and fan engagement? Let us know by tweeting @NineTeeSix.