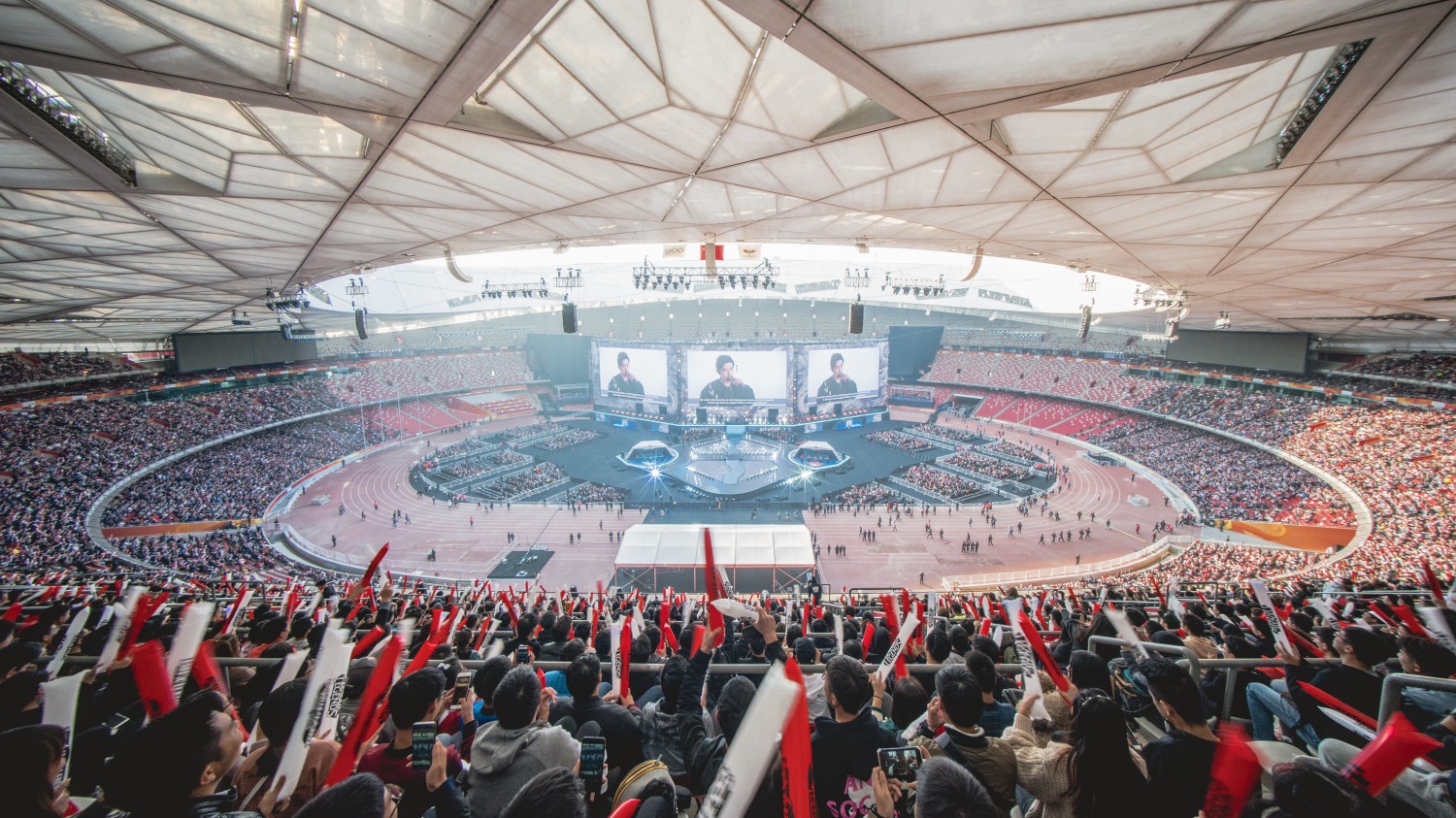 This summer’s Asia Games in Indonesia will see athletes across the continent compete across a plethora of sporting events. One surprise addition to the list of games was Esports, with six different titles including League of Legends to be played. Korea have recently announced their lineup including a number of Worlds winners such as Faker, Ruler and CoreJJ. The success of the competition could lead to calls for esports to be added in future Olympic Games, so let’s see how a USA team could look if this did come to fruition.

Firstly, let’s take a closer look at how Korea drafted their squad. With their 6-man roster, Korea chose to use their substitute spot in the jungle while opting for a bot lane that was already a pair at LCK level. This led to a roster consisting of Kiin (Afreeca Freecs) in the top lane, Score (KT Rolster) and Peanut (Kingzone DragonX) in the jungle, Faker (SK Telecom T1) mid and Ruler and CoreJJ (both of Gen.G Esports, formerly KSV) in the bottom lane. They have also picked up Gen.G’s Edgar to coach the team.

As we put together a potential USA squad, we have stuck to 2 main principles that the Korean team looks to have adhered by:

Now let’s look at how the team would shape up. 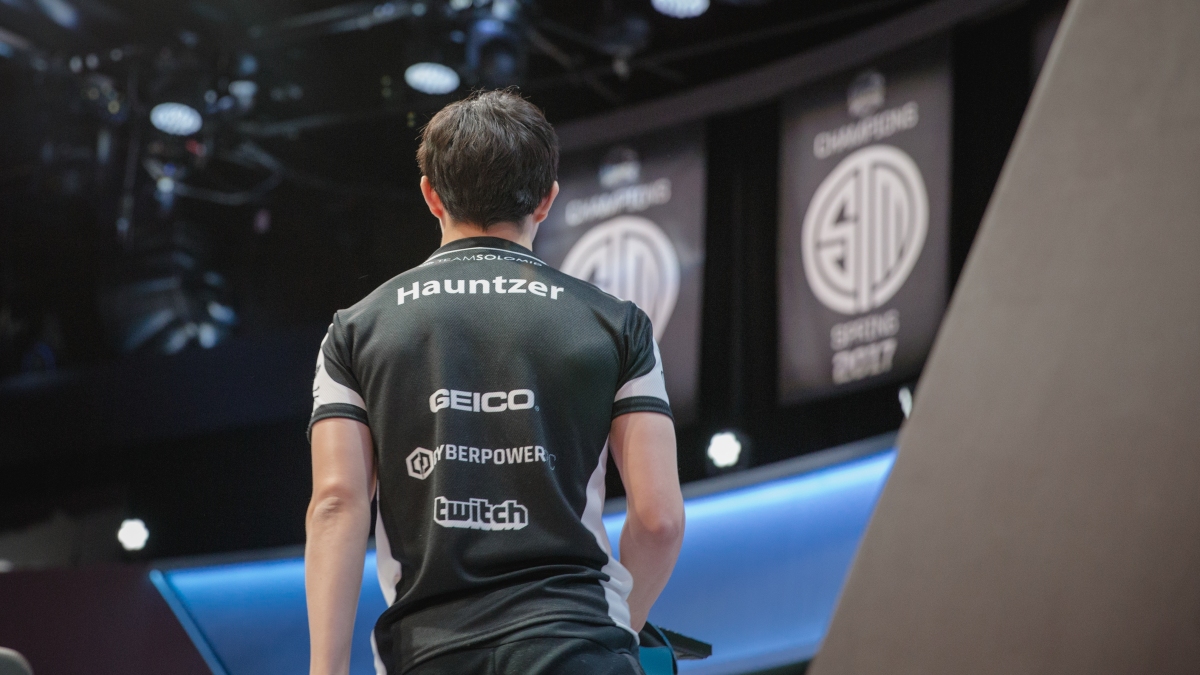 Since joining TSM before the 2016 Spring split, Hauntzer has gone on to win 3 out of 5 splits and is the only American top laner to win the title since Dyrus in 2015. With Canadian Darshan (CLG) and Korean Impact (TL) winning the other 2 splits, Hauntzer seems the most obvious option as the number 1 USA top laner.

There were surprisingly only 2 other American top laners who competed in the latest NA LCS Spring split, Clutch Gaming’s Solo and Golden Guardians’ Lourlo, however neither of these players are yet to reach the level of success that Hauntzer has shown. When it comes to NA junglers, there were many more options when choosing an American jungler. The Spring playoff final included 2 junglers from the USA (Xmithie and Meteos), and either of these would be a good fit for the starting roster.

We’ve gone for Xmithie over Metoes for the starting position. Not only did his Team Liquid team beat Meteos’ 100 Thieves in the playoff final, but Xmithie has also had experience with a number our picks having played with them on CLG (Pobelter and aphromoo). In a role dominated by imports, Pobelter represented one of only 2 regular American mid lane starters in the latest split, joined only by GGS Hai who has since retired.

Despite now being the only viable option for the mid lane, this does not mean that Pobelter would be a weak link in the team by any means. A 2 time NA LCS champion, The Notorious P.O.B is a veteran of the region who has played on teams with every other member of the squad except for Hauntzer.

The experienced mid laner even managed the highest CS/min out of any player in Spring with an impressive 10.7, with the 3 next highest all coming from ADCs. In keeping with the decision to pick a pre-existing bot lane duo for the Korean team, this gave us the option of Cody Sun and aphromoo (100T), Apollo and Hakuho (CG) or Deftly and Matt (GGS). In our opinon, there was one clear option here;  100 Thieves’ Cody Sun and aphromoo.

While it could be argued that Cody Sun is still behind Doublelift as USA’s best ADC, his form alongside aphromoo in the 2018 Spring split has proved himself as one of the best ADC’s in the region. During the regular season, he boasted the 2nd highest KDA in his role of 8.2, the most kills of any player with 79 and the highest kill participation of any player with 85.4%. Arguably the most experienced of any NA LCS support, aphromoo would likely be a clear choice for a USA team even without trying to stick with an existing duo. The two time NA LCS champion has competed in every split since the league’s creation in 2013 and would also bring international experience.

Aphromoo would also come into the team as an in-game leader and shotcaller, skills for which he has been praised for during his career. There can really be no other choice for an American support pick. Another experienced player, Meteos could easily be a first choice when it comes to USA junglers. Most known for his time on Cloud 9, Meteos has competed in all NA LCS splits but the first, winning the whole thing on two occassions.

The latest split saw him join the newly formed 100 Thieves, where he was also joined by Cody Sun and aphromoo as they reached the playoff final where they were convincingly beaten by Xmithie’s Team Liquid. Were the result to have gone the other way, we may have been convinced to choose Meteos as the starting jungler rather than the substitute. Lastly we look at the coaching role, where we’ve gone with 100 Thieve’s pr0lly. The NA LCS’ Spring 2018 Coach of the Split was an obvious choice in our eyes. Not only was he seen as the best coach during the last split, but his experience working with the rest of the 100 Thieves players chosen for the roster would also be a bonus.

His previous work has also brought international success, with his time on Europe’s H2K bringing with it a semi-final Worlds finish in 2016 (with the other all 3 remaining teams at that stage coming from Korea’s LCK).

Disagree with any of our choices? Let us know by tweeting @NineTeeSix.